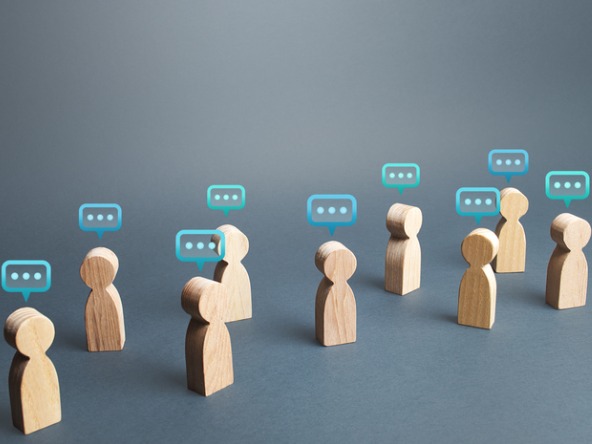 The issue of face-to-face versus online group is a debate that demands the full attention of our industry. Can the conversation be started? By Peter Totman.

The forced shift to the internet during Covid-19 turned fossilized technophobes like me into “Zoom lords” almost overnight. Unsurprisingly, critical faculties have been suspended in need of serving customers and paying salaries.

Those of us who expect a flood of post-confinement wave of think pieces were largely disappointed. There were many private discussions, but few “public” assessments of the comparison between the face-to-face and online experience. A wealth of data and experience remains largely untapped.

With a few adjustments made, in-depth online interviews, particularly if conducted “home-to-home”, seemed to replicate the essential nature of the classic “home-based” study. The group experiences in the different contexts were profoundly different.

For our own sense of curiosity and professionalism, we need to think things through and have “the conversation”. Yet, with few exceptions, qualitative leaders have remained silent.

My Impact Conference 2022 Zoom Group Fantasy failed to to start up this conversation. To be fair, the presentation devolved into a somewhat larger rant about our reluctance to have vital conversations about the industry. I apologize for the banging tables and the flood of invective. If that description appeals to you, the video is available on the Market Research Society website.

An Erratic History of Public Debate
Let us first agree that public debate is the hallmark of a responsible and intellectually curious profession. We of course debate the issues, but the selection of topics is unpredictable. Upsetting issues are ignored, while minor technical issues are obsessed over. Let me take you on a brief, albeit subjective, tour.

Remember the endless conversations about “getting a glimpse of the boardroom”? It was the worst kind of naval vision – restless and driven by a desire for influence, not excellence.

Equally inconclusive has been our attempt to define the meaning of insight. The discussion went in circles for what felt like years, until we all fell apart. I was near the bottom, still valiantly trying to “lead the debate”.

It remains an interesting subject. Insight is our business creativity, and the term is still commonly misused. Recent reflection of Iain McGilchrist could stimulate a more constructive debate, less on the definition than on the actual generation. Spoiler alert – less brainstorming, more jogging.

Inconclusive debates
Evolutionary psychology offers a unique perspective on unconscious human drives and behavior. However, the ideas are not always pretty and rarely “progressive”. So there’s an understandable caution in broaching the subject and, as I’ve discovered, our sweet industry may be showing its teeth. If I were braver, this paragraph would be longer.

But no. Perhaps it was as a result that British scholars were drawn to the American model, mainly (I would say) by the standardization of the visualized group. Most UK researchers now seem to occupy a middle position on the spectrum. Gradually, with little or no discussion, qualitative research changed here. The back room is often now the decision-making room, and the subsequent process of analysis and debriefing is less important.

The talk we need to have now
The issue of face-to-face versus online group is a debate that deserves and demands our industry’s full attention – and now confinement is over, there is no excuse. Yet the eerie silence persists. I think two factors explain this.

First, the fuzziness between the focus group and the focus group mentioned above means that there is no consensus on what “aesthetics” look like, so how can we compare the effectiveness of the face-to-face and online? According to what criteria?

Second, the lifestyles associated with the two turned out to be very different. The vibrancy of face-to-face life is remembered with nostalgia, but the sanity of online life was an eye opener for many of us. After all, a qualitative career does not necessarily mean a compromised personal life.

It’s human to want the best of both worlds, but we can’t just use our lifestyle preferences to drive our design recommendations – or at least not without being transparent about it.

A glimpse of a brighter future
Our self-funded project last year, directly opposing online and face-to-face, revealed that the two have such different strengths and weaknesses that there is an argument for treating them as completely separate methodologies. There could be considerable and surprising benefits to doing so.

The in-person version with its marked group dynamics brings creativity, instinctive responses and an element of unpredictability – similar in fact to classic group chat. Online, with its more question-and-answer style, offers more considered responses, a more equal share of voice among participants, and a more comfortable experience for introverts — closer, arguably, to the chat group model. It also offers speed and accuracy of recruitment.

Our instinct was to try to make the online group more like the in-person equivalent, but should we celebrate and take advantage of their differences instead? Reframing the two as discrete methodologies with distinct roles can lend greater design acumen. We can even use both at different stages of the same project; for example, a face-to-face stage to access the creativity needed to build the idea, followed by an online stage where we get a more measured response from a broader representation.

But there is more. by chancethis approach can also give us the opportunity to get closer to this lifestyle that offers the best of both worlds, where the color and intensity of face-to-face are tempered by the purpose of being online.

Perhaps this prospect will finally make us speak.

Rock Totman is Head of Qualitative Research at Jigsaw Research.