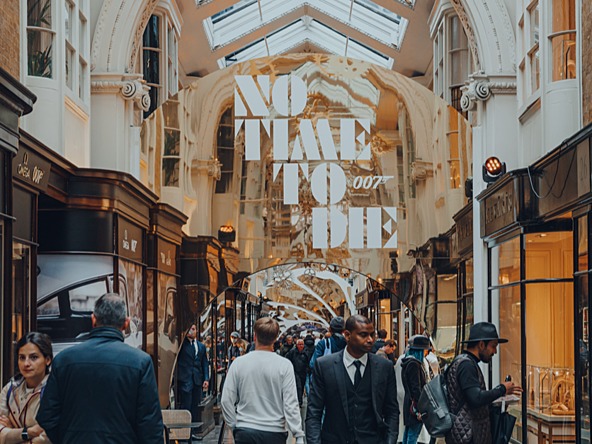 Implicitly Bond: reaction time test and the next 007 | Opinion

That’s been the question on fans’ lips since the Bond franchise’s latest installment, no time to die, dropped: who should play the next James Bond? Unlimited’s Michal Matukin applies neuroscience and reaction time testing to try and find an answer.

The mantle has gone from household names like Sean Connery and Roger Moore to the latest 007, Daniel Craig. But who do we believe as a nation should take over? We believe that you cannot explicitly get an accurate answer to this question, so we applied the reaction time test in order to understand the nation’s emotional attitudes towards those in the group of actors and actresses featured. like the next Bond.

Reaction time is an implicit tool that captures an additional, deeper level of information; allowing us to look not only at declarative responses, but also how certain people behaved while giving their responses. The faster their responses, the stronger the attitudes. This insight into the emotional side of opinions provides a more accurate perspective on how respondents really feel. And that’s what we learned…

It’s not always a matter of preference
When we ran this survey, we expected to see strong preferences. We were, however, surprised to see that the British have stronger opinions on who shouldn’t be the next Bond, rather than who would be the best for the role.

When suggesting actors for the lead role, we see strong “no” responses across the board, but only moderate certainty in terms of “yes” responses. These implicit ideas show that the public has not yet made up its mind and is open to suggestions. We found that the negative attitudes given were quite strong, while the affirmative responses were moderate at best.

Among this data, we found answers to some big questions: are we ready for a female James Bond? Can a notorious villain play the role of Britain’s most famous secret agent? Do younger and older audiences share the same attitudes? Let’s look at the data to better understand these questions.

Battle of Bonds
Unfortunately, it seems the nation isn’t ready for a female Bond. 87% of respondents said Lashana Lynch shouldn’t be the next James Bond, and they really meant it based on reaction time metrics. This attitude is even stronger among viewers aged 55 and over. With Lynch being the only woman in the running according to the bookies, it’s hard to say if this is a reflection on Lynch or women in general. Could this be an emotional cry to respect the tradition? Either way, it’s a Doctor No for Lashana Lynch.

Compared to Lynch, only slightly higher scores were obtained by Tom Hiddleston and Regé-Jean Page. It’s understandable that the actor well known for playing notorious villain Loki doesn’t feel like an immediate fit for the new James Bond in British hearts, but why not Regé-Jean Page? This data is all the more surprising knowing that Régé-Jean Page dominates the Bond betting odds.

In her case, the strongest emotional rejection came from the male audience. The women were also not supportive of him, hence his low ranking, but their rejection was significantly less negative. Perhaps this bias reflects the Bridgerton audience of viewers, to whom Régé-Jean owes his rise to fame.

We’ve been expecting you, Mr Bond
When we look at the top picks, we find that the affirmative responses for the top four contenders are very close. Emotionally, Idris Elba is a winner. But the data shows he’s a truly polarizing character. We see strong conviction both for and against the idea of ​​him taking on the role, showing a strongly divided audience. He has devoted followers, but at the same time passionate haters. Does that make him a good choice? Naming him would certainly elicit the greatest emotional reaction, both good and bad – so the franchise could do well in terms of publicity.

The other three first places belong to Tom Hardy, Richard Madden and Henry Cavill. Hardy is slightly ahead, but the emotional conviction behind all of these options is pretty weak. It shows that the general population does not have strong opinions about these actors and could be persuaded to accept any of them. It is true, however, that Hardy wins the hearts of most age groups (between 18 and 54) and is liked by both men and women equally, but Idris Elba remains the women’s favourite.

A lesson for the world of research
The results of this implicit study show that even among people who are content to give their opinions in the moment, in many cases these attitudes are not strong and certainly not always fixed. That is why researchers should seek to go beyond statements whenever we can. We must remember that conscious statements are only part of the story that can be supplemented with additional implicit perspectives.

This will increase the accuracy of our predictions and the belief in the results we collect – whether interpreting who the next Leap might be or our approach to providing insights to our clients. Conscious statements are only part of the story; they’re important, but they don’t show the full picture.