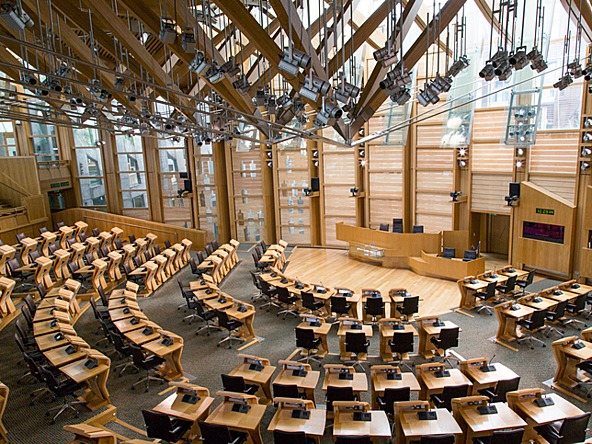 UK – The Scottish Parliament has launched its first ‘Evidence Week’ with the charity Sense About Science.

Evidence Week will take place from March 21-25, with researchers and voters joining MSPs to discuss how evidence is used to make policy decisions in Scotland.

Events include people from across Scotland posing questions directly to policy makers, committee chairs and MSPs.

Topics that could be discussed include prison sentence policy, the impact of artificial intelligence and automation on jobs, and the response to Covid-19.

MSPs will also be informed by researchers on policy issues such as climate change, homelessness and inequality, and the use of health and social data.

Evidence week follows similar events held with politicians from other parliaments, including the UK, Irish and EU parliaments.

Tracey Brown, director of Sense about Science, said: “In a single day, MSPs may have to navigate complex political issues such as homelessness, rural deprivation and even the pandemic, while approving measures to fight climate change and by investigating the various issues affecting their constituents. .

“Everybody depends on their resources and their know-how in terms of evidence. That’s why voters and scholars join MSP in kicking off Holyrood Evidence Week One. »

Siobhian Brown MSP, head of the Covid-19 Recovery Committee in the Scottish Parliament, said: “The evidence we collect from scientists, researchers and policymakers is crucial to informing our review of the government and its response to the pandemic.

“The past two years have clearly illustrated the crucial interplay of science and policy-making, and the importance of strong data and scientific evidence to help shape government policy.”

Professor Roger Halliday, Scottish Government Chief Statistician and Managing Director of Research Data Scotland, said: “The pandemic has shown us the benefits of getting data right, processing it together and making it better.

“Faster analysis and collection of evidence to support decision-making means better results can be delivered to Scottish citizens faster.”