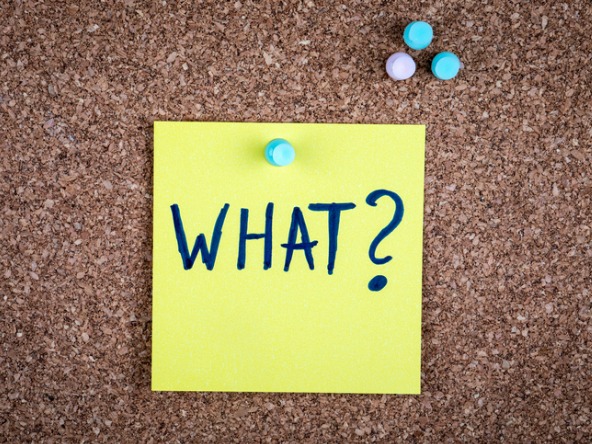 The jargon is increasingly prevalent among marketing companies despite its shortcomings. Sam Salama examines why jargon is such a problem for the industry.

The widespread shift to working from home over the past 24 months has had many publicized effects, including a later start to the workday, less collaboration, and more emails sent outside of working hours.

One of the less discussed results is that the jargon has become much more noticeable. With employees interacting on Zoom, sitting in their living rooms and wearing casual clothes, the absurdity of office language has become uncomfortably clear.

The clumsy charade of lingo existed before the pandemic, and its problems have long been known. For decades, employees called it silly, writers called it bad practice, and business leaders criticized it for creating confusion.

Despite the negativity surrounding the jargon, the marketing industry continues to use it. It shows no signs of declining. If anything, it’s becoming more and more prevalent. Calls to “hit the grassroots” and “get agile” are louder than ever post-pandemic.

All this raises a conundrum. Why does marketing – an industry that prides itself on human connection and effective communication – persist in using jargon?

Definition of jargon
In this discussion, it is important to emphasize that the focus is not on technical terminology: specific language (such as KPI) that has a defined meaning. This language is often useful because it reduces the cognitive effort required by the audience and makes communication more effective.

Instead, what this article is about is vague language that doesn’t have a clear and obvious meaning. This type of language conceals a message rather than revealing it; complicate ideas instead of simplifying them. It is found in ‘engagement’, ‘cut’, ‘content’, ‘disrupt’, ‘move the needle’ and other similar terms.

A practical substitute for lazy thinking
If jargon makes our messages less clear, why do we use it by default?

First, we lean on it when we want to make a difficult truth more palatable. For example, “restructuring and optimizing capital allocation” sounds better than “we are laying off employees”.

Second, jargon is a tool that helps us build a sense of belonging. Just as young people use slang to show that they are part of a community, marketers use jargon to signal that they are part of the industry. This explains the studies showing that junior employees tend to use more jargon than senior employees; their group membership is less secure, so they use jargon to compensate.

Both of these motivations for using jargon are often intentional and conscious. But there is a third motivation which is more subtle and therefore easier to overlook. Simply put, jargon acts as a way to hide lazy thinking. It provides a useful fallback when we don’t have a consistent point of view. The vagueness of the jargon forces the audience to unpack the meaning of what we say, instead of us doing it for them.

For example, saying we want our online advertising to “drive engagement” could mean achieving a variety of different goals, including views, comments, clicks, or shares.

When we use the phrase “create a disruptive product”, we can refer to a product that is more accessible, less expensive or that uses new technology. In these cases, the ambiguity of the jargon allows for imprecise and incomplete thinking. We can use words without knowing what we really mean.

Since it’s embarrassing to admit we don’t have a specific point to make, and difficult problems often require quality thinking to solve, this jargon-filtering ability makes it invaluable.

Now the puzzle at the beginning of this article makes more sense. The jargon is not widespread despite its obscurity. It’s widespread because of that.

Marketing: The Perfect Home for Jargon
The value of jargon makes it popular in many business contexts, but the nature of marketing provides an ideal place for jargon to thrive. Marketing is, at its core, the activity of adding value to products – making them more appealing to consumers. When it’s the job of marketers to inflate products beyond their base value, it’s only natural that they want to do the same with words.

This inflation takes different forms. Some marketers think they are not selling products, but rather selling emotions. Charles Revson, the founder of Revlon, once proclaimed his company’s skin cream to be “hope in a jar.” If the marketer’s job is to move consumers, not just persuade them, it’s no surprise that the emotive and evocative nature of jargon is so appealing.

Other marketers think that their main job is no longer to sell at all. They believe their role has shifted from earning money to creating positive change in society. It’s a shift that’s become particularly significant since Covid-19: a Warc study showed that 78% of marketers believe the social purpose is more important due to the pandemic. In this context, brands are seen as vehicles for addressing racial inequalities, beauty stereotypes, and other social issues. Again, this lofty role is complemented by lofty language.

Jargon is serious business
There is no point, as some do, in treating jargon as a harmless game that people love to hate. Even when used internally – among marketers who know the terms – the vagueness of the jargon has a negative impact. Marketers should regularly share their findings with colleagues, suggest improvements to vendors, and inform agencies. All of these tasks are hampered by ambiguous communication.

But the fundamental problems arise outside. Marketers need consumers to understand the product and the experience they offer. This requires the plain language of consumers, rather than the complicated jargon they use at work. Without it, marketers alienate their audience and lose connection with the consumers they seek.

This is visible in the company’s mission statements. For example, WeWork states, “We are a community-based company committed to maximum global impact. Our mission is to raise the consciousness of the world. Such a jargon-rich description prevents consumers from understanding what the company stands for and identifying with their ambitions.

For many consumers, advertising is the primary interaction they have with a brand. But when they see ads displaying promises like “Reimagine your experience” (Galaxy Book Pro) and “Dare forward” (Porsche), the result is usually confusion rather than connection.

A call to pause and reflect
The next time you notice yourself using jargon, ask yourself a question: what do I really mean here? This may sound unnatural and will take time and effort to come up with a concise answer, but it will require you to have a real understanding of what you are trying to say. Your audiences will also thank you, as they will find your messages easier to understand.

Sam Salama is Senior Director of Research at Basis Research.